The Government has launched an £18m fund to help ‘turbo-charge house building’ and tackle the planning issues that are currently causing delays on large building sites.

The Government’s ‘capacity fund’ is available to councils that need additional support to deal with the planning issues that stall construction and prevent builders from getting on site quickly.

Part of a wider package of measures which have been designed to solve the UK’s housing crisis, the Government says the fund will help accelerate delivery of up to 800,000 homes across large sites in England along with the infrastructure to go with it.

The initiative covers six new Housing Zones, that will support development on brownfield land to provide 10,000 homes, including:

There are now in excess of 26 Housing Zones across the UK, which will help to deliver 44,000 homes, with an additional 31 planned within London.

The Government has also ring fenced funds for a locally-led Garden Town at Otterpool Park, Shepway in Kent which will deliver up to 12,000 new homes and Ministers have announced that they would like input from local authorities regarding new areas to be designated as Housing Zones.

Housing minister Gavin Barwell said: “We want to turbo-charge house building on large sites to get the homes built in the places people want to live, so that this country works for everyone, not just the privileged few.

“These sites offer enormous potential to transform brownfield land into new homes and our £18 million funding will help get them built much sooner.”

“It provides local authorities with the capacity to take projects forward and obtain additional resources and expertise.

“It will primarily be aimed at large sites of 1,500 units or more, and Housing Zones, which support the development of brownfield land.

“Developers will also be able to apply for funding from the Home Building Fund, which is making £3 billion available to house builders.” 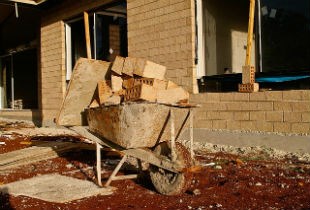