In Q3 2017, nearly four out of every five pounds lent for buy to let purchases via Mortgages for Business was borrowed by a limited company, according to the latest edition of the Limited Company Buy to Let Index. This represents 79% by value of completing buy to let purchases, up from 73% in Q2.

The index also showed that mortgage activity by landlords using limited companies remained high generally throughout the quarter. Limited company transactions (for purchases and remortgages) made up 48% of buy to let completions in Q3 by number of mortgages, and 47% by value of lending.

The increase in the use of limited companies by landlords for their borrowing needs is also reflected in the statistics held by Companies House which show that there was a spike in registrations for Special Purpose Vehicle limited companies (with property related SIC codes) in 2016 following the 2015 Summer Budget when the then Chancellor announced changes to income tax relief on finance costs for landlords borrowing personally.

Commenting on the figures, Steve Olejnik, COO at Mortgages for Business said:

“There was, unsurprisingly, a spike in SPV registrations last year, but it looks like the numbers have been increasing for considerably longer than might be expected. Looking at historic registrations, numbers have been on the rise ever since 2008 which, I’m sure you can guess, was not a popular year to start a property company).

“Landlords are turning to SPVs because of the benefits they bring in the form of tax efficiencies and softer affordability testing. Switching to corporate structures is not without risk, however, and we recommend all our clients take professional tax and finance advice before deciding how to proceed.” 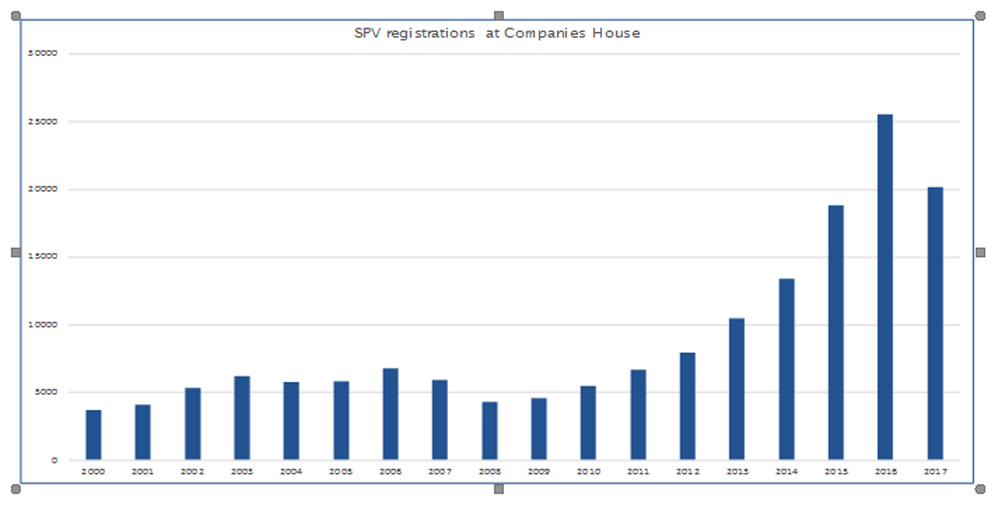 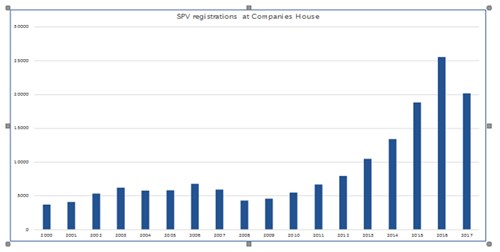