House price growth cooled to 4.4% in the year to February, down from 4.7% in January, according to the Office for National Statistics.

The slowdown is driven mainly by a fall in London, where average house prices decreased by 1.0% in the year to February 2018, continuing a downward trend set in the middle of 2016.

In terms of annual growth, the West Midlands showed the highest, with prices increasing by 7.3% in the year to February 2018. This was followed by the East Midlands (6.3%).

“This more gradual rate of growth should be welcomed. More sustainable price inflation, combined with competitive mortgage rates and an extensive range of products, will help more first time buyers achieve their dream of homeownership. Schemes such as Shared Ownership and Help to Buy are also clearly helping these buyers, with research from the Home Builders Federation showing that 1 in 12 are now using these schemes to get on the property ladder.

“Whilst we’ve seen genuine commitment from the Government to address our housing crisis, more can still be done to boost housing stock. We therefore urge the Government and housebuilders to continue working together to find innovative solutions. By embracing more modern methods of construction, we can finally begin to close the gap between supply and demand.” 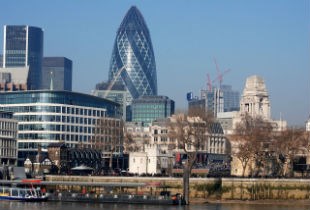