Year-on-year, mortgage lending rose 13.5% in October to reach £23.1bn, according to the latest data from UK Finance.

The estimated gross lending figure was also up from £21.4bn in September, the third-highest since summer 2008. Only August 2017 and the pre-stamp duty surcharge month of March 2016 were higher.

In all sectors lending was up approximately 4% at £212bn between January and October 2017 compared to the same period in 2016. UK Finance said that stronger first-time buyer numbers and the increase in remortgage activity among homeowners were likely to have driven the increase.

UK Finance managing director of commercial and personal finance Eric Leenders said the data reflected a trend seen throughout 2017, of “ongoing activity in the mortgage market and a shift towards more flexible and affordable personal credit options.

“Increasing numbers of first-time buyers, low interest rates and a competitive marketplace have helped build mortgage activity through the year, with gross lending higher than at the same point in 2016,”

“Credit card spending has continued to rise as more financial transactions are now carried out using cards, mirroring the declining use of loans and personal overdrafts.
“But there are signs of caution from the business community which could indicate that many firms are choosing to build up capital rather than borrowing to invest,” 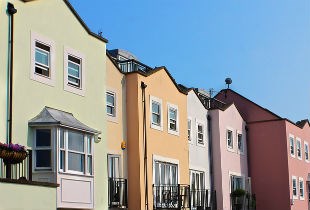