For a long time if you were a landlord operating in Scotland your buy to let mortgage borrowing options were fairly limited. Only a few lenders were keen to lend north of the border. Today, all that is changing as Gavin Elley, specialist buy to let mortgage adviser, explains.

Over the last few years an increasing number of buy to let lenders have extended their geographical reach to include Scottish rental properties within their lending criteria.

When I say Scotland, predominantly, I mean the towns and cities on the Scottish mainland. It’s much more difficult to find a lender that will consider the more rural communities and the Highland and islands, although if the numbers stack up, we know it’s always worth having a conversation with the specialist providers which have more flexibility within their lending policies.

As you might expect, with large populations of workers and students, and with good commuter links, Edinburgh and Glasgow are the most popular cities for both lenders and landlords.

According to the HM Land Registry, in April 2018, the average price of a property in Scotland was £148,952; that’s 5.6% more than in the same period last year. Compare this to the UK annual growth rate of 3.9% and the capital appreciation looks reasonably promising.

The most expensive area to live in was the city of Edinburgh where the average property price was £254,251, up a staggering 13.2% year on year.

The Edinburgh and Glasgow commuter belts of East Renfrewshire, East Lothian and East Dunbartonshire also had relatively high property prices – in excess of £200,000 - and maintained strong year on year growth.

As you might expect, these areas with large populations of workers and students, and with good travel links, are the most popular cities for both lenders and landlords.

Fifth most expensive area in which to live was Aberdeen with an average property price of £186,266. As you may know, Aberdeen is home to the UK’s offshore oil and gas industry which crashed in 2016 causing house prices to decline over the last year by 2.9%.

Unsurprisingly, Precise will not currently lend on property in the Granite city probably because of its recent, turbulent economic past. However, as employment rates are once again, on the up and there are signs of recovery, to some landlords and lenders, Aberdeen is an interesting investment choice - and other lenders which do accept properties in this city.

Glasgow city still represents good value for money. This is good news for landlords looking to fund less expensive properties and there are a few lenders which have minimum property values as low as £50-60k (think The Mortgage Lender and Aldermore respectively). Unlike Aberdeen, Precise does lend on properties in Glasgow and has a small loans-low value range of buy to let mortgages which would likely work well here.

Two-bedroom flats are still the most popular privately rented properties in Scotland.

According to statistics released by the Scottish Government, 15 out of 18 areas of Scotland saw increases in average two-bedroom private rent levels between 2016 and 2017 (years to end Sept), ranging from 7.0% in Greater Glasgow to 0.7% in the Ayrshires. However, rents for two-bed properties in Aberdeen and Shire fell by 9.6%, the third consecutive annual decrease.

Generally speaking rents also increased across other property types too.

HMOs remain popular with Scottish landlords particularly in the larger cities and university towns where lenders are willing to lend. Leeds Building Society currently accepts HMOs with up to five renters and has some particularly attractive rates (do get in touch with me if you’d like me to take you through them).

If you are looking to borrow using a limited company, however; Aldermore or Precise might prove a better bet.

Do bear in mind that lenders operating in Scotland have smaller, more restricted panels of solicitors so you will probably have to factor in higher up-front costs and slower processing times, particularly as both lender and borrower must have their own, separate legal representation.

The more specialist buy to let lenders operating in Scotland will consider multi-units with up to 4-5 units in one block – both purpose-built and conversions. Anecdotally, we seen increased competition for purchases of these properties particularly in Glasgow and Edinburgh.

In summary, I’d say that borrowing choices have increased, property prices are relatively low, and rents are reasonably strong, so now is a good time to consider either purchasing or remortgaging. I’m happy to chat through various scenarios, so do get in touch to run through how current lenders and rates might work for your borrowing requirements before making any decisions.

In the meantime, here are links to a couple of case studies which demonstrate how we’ve helped some Scottish landlords achieve the borrowing they needed recently. 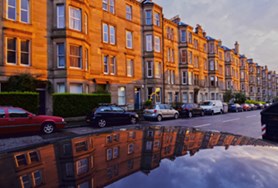 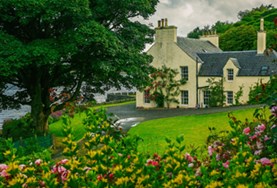