New data from a specialist buy to let lender reveals what, how and where landlords are buying in the UK and the average yields achieved. What does this tell us about the market, and how could it impact your investment plans for 2022?

Specialist buy to let lender, Fleet Mortgages, have published data on landlord activity during 2021 Q4. While the report is broken down into regional areas (which we will cover below), the full UK summary is positive. 2021 showed the strongest house price growth for the UK in the past fifteen years, and there was more of a demand and appetite to purchase properties due to low mortgage rates. It also showed that, excluding London, rent prices increased by 2.5% (with the prices in the capital decreasing by 0.1% in the same period).

Looking forward to this year, the analysis shows that we can expect the demand for housing to remain strong, despite the end of the Stamp Duty tax relief holiday. This comes as the result of low mortgage rates and working from home, with more families having the savings to purchase.

Fleet also talks about the impact of the December increase in the Bank of England Base Rate, saying that we shall start to see a steady increase in mortgage rates as lenders attempt to preserve their profit margins. Having since had another increase to 0.5% on the 3rd of February, it is safe to say that mortgage rates will rise. The increase could be seen as reducing the incentive to invest; however, Capital Economics still expects to see a 5% year on year rise in house prices by Q4 this year. According to their data, demand for property still outstrips supply, which is a driving force for capital growth.

Continue reading to see what happened regionally in Q4 to enforce these changes.

The North reflects the UK trend with a demand surplus for rental properties. Fleet writes that this is due to the increase in rental prices, currently 2.6% in the Northwest and 2.2% in Yorkshire. This is at an above-average level of growth compared to the rest of England and Wales, at just 1.6%. Here are the key stats:

- 59% of mortgages advanced in Q4 was to remortgage a buy to let.

- 82% of mortgages came from SPV Limited Companies. This was far higher than anywhere else in England or Wales

Hotspots in the North include the surrounding towns and city centres of Liverpool, Manchester and Sheffield.

This isn’t the first report to identify the North as a hotspot for landlords looking to invest. With a substantial amount of investment heading its way, plus tourism and multiple large universities, the demand for rental property is set to increase further.

The report shows that there are high levels of rental inflation (3.1% in the East and 2.6% in the West), much higher than the national average at 1.6% across other regions in England. This reflects the national trend of greater demand for rental properties than the supply available. Here are the key stats:

- The Midlands have more of an even split between remortgage and purchase compared to other areas of the country.

- 83% of properties purchased were houses, of which 53% were terraced houses

- Flats were less popular, accounting for only 13%

- 75% of all purchases came from Limited Companies, a 6% increase since Q3

East Anglia shows an above-average increase in private rental prices. Over the past year to November 2021, the region has seen a dramatic increase of 3%. Here are the key stats:

- Similar to the activity in the Midlands, East Anglia shows an almost even split between Purchase and Remortgage

- 59% of transactions were a remortgage

What are Landlords purchasing?

- 67% of properties bought were houses, with 36% as terraced houses

- East Anglia is currently above the England and Wales average yield of 5.6%, with a yield of 6.8%.

The South West (including South Wales)

The South West saw the joint highest levels of rental price increase in the year up to November 2021, at 3.1%. However, the region did not perform so well in average rental yields. Here are the key stats:

- Purchases make up only 36% of the property activity for the South West, showing just how much more popular remortgages are

- The majority of properties purchased in the South West were houses, at 74%

- There was a nearly even split between limited companies and private investors in the South West, with 56% and 44%, respectively

The decline in average rental yields here could be a consequence of above UK average house price rises in the region during 2021. While the UK saw an average increase just short of 10%, the South West rose by 12.9% in the same period. While the capital growth for property owners in the area is positive, there are growing concerns about locals being out-priced by these increases.

The South East data reflects the same trends for Q4 as we have seen across the rest of England and Wales. With the average inflation of rental prices at 2.1%, the demand for properties in this region again outstrips the supply. On the other hand, the rental yields for the area are currently below average. Here are the key stats:

- 26% of the properties purchased were flats

- With a 6% increase in transactions via Limited Companies in comparison to Q3, 67% of purchases were made via SPV Ltd. Company

- Just slightly below the national average, the South East saw an average rental yield of 5.5% in Q4

As you might expect, hotspots for the South East focus around larger towns along the M25 commuter belt. Coastal cities such as Portsmouth and Brighton also saw a significant amount of BTL investment.

Greater London follows some of the same trends as other regions in the UK. The majority of purchases were houses and in SPV LTD Cos, and most landlords remortgaged. According to the Office of National Statistics, London has, for the third consecutive quarter, had its average rental prices drop a further 0.1% since August 2021. The average rental yield for properties is also much lower than the rest of England and Wales, at only 4.5% compared to 5.6%. This is primarily due to the supply of rental properties in London outstripping the demand and explains why the rental price inflation is well below the national average. Here are the key stats:

- 68% of landlords remortgaged, and only 32% of mortgage transactions were purchases

- 54% of BTL properties bought in London were houses

- The percentage of flats purchased dropped by 8% since Q3, at only 44% of all purchases

- The majority of purchases were made in a Limited Company, at 69%.

The London buy to let market is still struggling to recover in the aftermath of the pandemic. While many of us have returned to offices, people continue to opt for larger homes further out from the city. The decrease in purchases of flats further indicates the tenant demand for space, whether it’s to include a home office or a private garden.

In summary, the outlook for England and Wales’ BTL market is strong, with tenant demand for property still high and house prices continuing to rise. Hopefully, this data has given you some food for thought on where, what and how you will invest in 2022. Even if you’re not looking to purchase, the data above clearly shows that many landlords are busily remortgaging their BTL properties ahead of the inevitable mortgage interest rate rises, which will ramp up significantly from mid-February.

To discuss your property investment plans and mortgage finance options, please get in touch with me, Leroy Webster, on 01732 471653 or email me at leroyw@mortgagesforbusiness.co.uk. 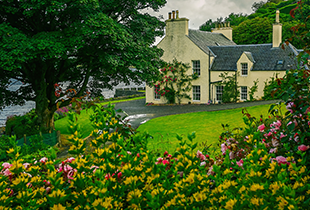